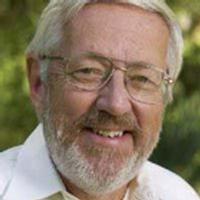 Steve Walker, 72, of Glenwood Maryland, a computer security pioneer and entrepreneur, passed away June 26, 2016. Born on Oct 14, 1943 to Theodore Walker and Helen Sunkel Walker, Steve graduated from Northeastern University and received a Master’s Degree from the University of Maryland. He served our country as a Second Lieutenant in the U.S. Army from 1967 to 1969.

Steve began his career at the National Security Agency and subsequently worked at DARPA—Defense Advanced Research Projects Agency—and the Pentagon where he was the Director of Information Systems, C3I for the Office of the Secretary of Defense. Steve was a member of a team that developed the ARPAnet, the breakthrough packet switching system that evolved into the Internet. He is nationally recognized for his pioneering work on the DoD Computer Security Initiative, establishment of the National Computer Security Center, and the Defense Data Network. After 22 years of government service, he founded Trusted Information Systems (TIS). This company became one of the earliest and most important computer security firms producing secure operating systems, cryptographic solutions, and pioneering computer firewalls. After TIS was sold, Steve founded Steve Walker and Associates, Inc. to invest in and mentor other entrepreneurs.

Steve received the Secretary of Defense Meritorious Civilian Service Award and the first National Computer System Security Award. He received the KPMG High Technology Entrepreneur Award and the Greater Baltimore Technology Council's "Baltimore's Extraordinary Technology Advocate" (BETA) Award. He was a member of the board of the Maryland Technology Development Corporation and the Greater Baltimore Technology Council as well as many private company boards of directors and several university boards of visitors. Steve testified often before the U.S. Congress and was widely acknowledged as an expert and leader in information security technology and policy.

Steve enjoyed traveling, and such diverse pursuits as Civil War history, helicopters, astronomy, model railroading, scuba diving, and genealogy. More than anything, Steve loved spending time with his grandchildren and his extended family.

In lieu of flowers, memorial donations may be made to the Alzheimer’s Association at www.alz.org.