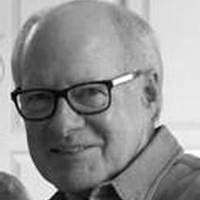 Order Flowers
for the Family

Fort Collins - Sandy Jones passed away unexpectedly but peacefully from a heart attack on February 18, 2018.

He was born in 1946 in Shenandoah, Iowa. In 1963 he moved to Fort Collins where he later met Karen and began a lifetime of brilliant accomplishments.

Sandy began his career with the Everitt Company. He later went on to become a pioneer in the microbrew industry where he founded HC Berger Brewing Co. and Fort Collins Brewery.

Sandy had many passions: a gourmet cook, a pilot, an antique collector, and restorer. He was a top authority on the gangster period of the 1930's, especially Bonnie and Clyde and John Dillinger.

He leaves behind his wife Karen, nephew Sean & wife Bev Jones and their children Meredith and Cooper as well as sister in law Roz Jones.

If there is a parallel universe, we hope he can experience the 1930's in person.

SO LOVED, SO MISSED.

There will be a private memorial. Donations can be made to the Humane Society.