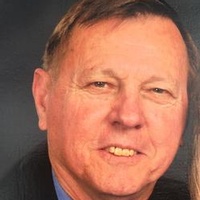 Richard "Dickie" Orsak was born March 8, 1945 in San Antonio, Texas to Joe and Beulah Orsak and passed away Friday, June 16, 2017 in Webster, Texas at the age of 72. Dickie's parents ran the Louise cafe. He started school and lived in Louise, Texas until his dad's passing, when they moved to El Campo, Texas. After graduation from El Campo High School he went to Texas Lutheran College and graduated in 1968. Dickie served in the U.S. Army from 1968 - 1971. He was at Ft. Leonardwood for basic training, OCS in Georgia, Panama for jungle school and served a year in Vietnam.


In 1971 he began his teaching and coaching career and for over 30 years taught and coached in Edna, Klein, Friendswood and Alvin school districts. He taught mostly History and Health and coached football, track, volleyball and both boys and girls basketball. Over the years he was a good influence to many young people and made many good friends. Hardly a week went by that a former student didn't stop to talk and remind him that he had taught or coached them. Even in distant places, such as Seattle airport and on a cruise ship, former students would call out, "Hey Coach Orsak!" That pleased him so much! He never met a stranger.

In lieu of flowers please make a donation in Dickie's name to the American Heart Association (https://www.onlineaha.org) or the Juvenile Diabetes Foundation (http://diabetesfoundation.jdrf.com).